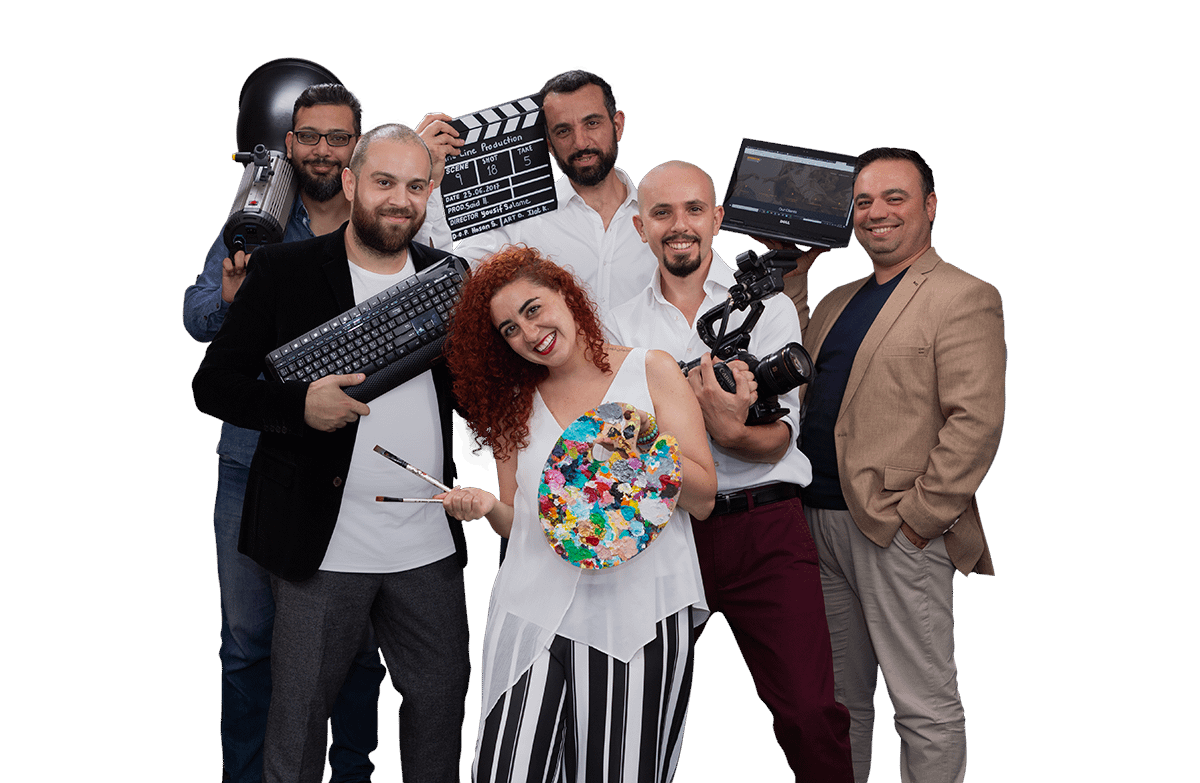 Our production powerhouse Said creates order from chaos. He holds a Bachelor’s Degree in Marketing from the American University of Science and Technology (AUST). In 2015, he began collaborating with Yousif Salame on numerous projects under the name LibanEcho, and discovered that they made a fantastic team.
In 2017, Said co-founded Fine Line Production and has been a dedicated managing partner and producer on all of our projects ever since.

Tarek is our expert in sales & business development, with staggering professional experiences exceeding 16 years. Certain creative skills complement his sales craft, and are vital to his success in this field, including those in communication, networking, negotiation, marketing, data analysis and project management. He graduated from Beirut Arab University and holds a Bachelor’s degree in Business Management. Most of his skills were developed over the years while working in the Gulf region before joining our team at Fine Line Productions.

Yousif is a bold and innovative director who is driven to build things of enduring meaning and value. He graduated from Northern Kentucky University, USA, with a BA in Electronic Media and Broadcasting, and a minor in Communication Studies. He worked for WKRC Cincinnati for 2 years before coming back to Lebanon in 2012. Yousif also worked at the Lebanese American University as a workshop instructor and studio technician, and at Future News Television as an assistant producer. He then travelled to Qatar where he worked for Qatar Foundation’s Stars of Science Program. In 2017, Yousif co-founded Fine Line Production and the rest, as they say, is history.

Kalyl is a Lebanese / Brazilian storyteller that loves to bend the rules when they can’t be broken. He holds a Masters degree in Theatre Directing from East 15 University in London, and a BA in Communication Arts from the Lebanese American University. His focus on narratives and storytelling enables him to create bespoke experiences which transform ideas into dynamic characters that people can connect with.
Applying performance theory and theatrics to the world of production and PR, he creates immersive journeys for audiences that push conventional boundaries. He has worked nationally and internationally with companies such as White Rabbit DXB, Evolution Events, Sweaty Palms Productions, and MWPR.

Hasan is an explorer who is guided by an eye for detail and a passion for cinematography. He hold a BA in Radio/TV/Film from the Lebanese American University in Beirut, and has participated in many cinematography workshops and master classes in institutions that include the Lebanese Film Academy, FAMU Film School, and Berlinale Talents. His skills have been perfected and refined through several projects on a wide production spectrum in Lebanon and around the world.
Many of the films that he worked on were chosen to participate at film festivals around the world, and have won several awards including three for best cinematography. He shot several short films including KALASH (2015) and five feature films including MORINE (2018), BALA HAYBA (2019), YERBO B3EZKON (2019), and currently in production THE ELEPHANT (2020).
In 2017, Hasan co-founded Fine Line Production where he transforms emotions into captivating
shots.

Ilat is a master of colors and an expert in aesthetics. She holds a BS in Graphic Designer from the Lebanese American University. She co-founded the NGO AGONISTIK for performing arts (AFPA), and is a member of MMKN NGO for supporting public school students and empowering women. Her experience in theatre & filmmaking is extensive, and covers over 30 plays and 20 films since 2008. She has taken several job titles such as art director, production designer, stage manager and set designer. She is also an established painter, and has participated in several art festivals around Lebanon. Keep an eye out for one of her murals around Beirut. In 2017, Ilat co-founded Fine Line Production and has been bringing inspiration and joy through her art ever since.

As an established industry expert, Muhammad is an encyclopaedia of production technicalities.
He holds a BT3 in Electronic Engineering from AVI College and a certification of MDCST from Microsoft Corporation. His technical skills as an assembly technician were developed over the years at Ekt Katranji Electronics and Technology, and Sonic UPS. Muhammad was also the techsavvy broadcast technician at Future TV Network for several years before joining our team at Fine Line Productions.