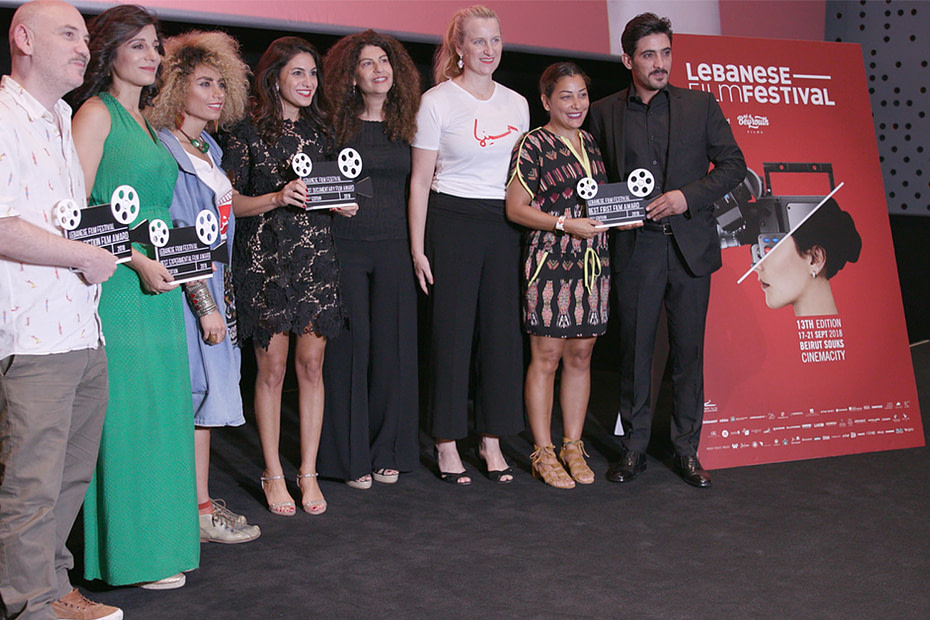 The 13th Lebanese Film Festival took place between 17 – 21 September of 2018 at Beirut Souks Cinemacity, and Fine Line Production was there to cover the event.

Below is our YouTube playlist of the full award ceremony show.

Video coverage is brought to you by Fine Line Production, in support of Lebanese cinema and Lebanese filmmakers.

The Lebanese Film Festival showcases the best of Lebanese cinema and is the only platform in Lebanon that uniquely promotes Lebanese talent from Lebanon and abroad. In it’s 13th edition, LFF has grown into one of the leading film event in the Middle East.

For this edition, LFF continues to take place in Beirut Souks, CinemaCity at the heart of the city. Over 70 films will be screened at the festival alongside parallel sections that range from a Carte Blanche by Bernard Payen, head of programming at the Cinémathèque Française, to a special screening by Heiny Srour, the first female Lebanese director selected at the Cannes Film Festival, as well as many programs that highlight our focus for this edition: a tribute to women in Lebanese Cinema.

This year, LFF is also starting a collaboration with Films Femmes Francophones I Méditerranée (FFFMed), a scriptwriting residency dedicated to French-speaking women from the Mediterranean.

The Lebanese Film Festival was created in 2001 by Pierre Sarraf and Nadim Tabet to help Lebanese filmmakers showcase their films and meet with their audience.

LFF plays the role of a platform that enables directors to meet with producers, industry professionals, special foreign guests, the media and the public. During the festival, filmmakers, industry professionals and movie-lovers will be united by the same desire: to promote the Lebanese cinematic arts, to foster international exchange, and to encourage production initiatives in Lebanon.